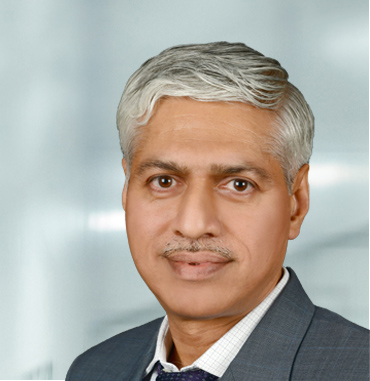 Dr Anuj Goel heads Research and Development as Chief Scientific Officer and is responsible for development of technology for the biosimilars portfolio of Biocon Biologics.

A Biocon veteran, Anuj joined the Company in 1996 to start the process development group in R&D. He has had diverse experience working on solid state fermentation, deep tank enzyme production, fermentation of small molecules metabolites and recombinant proteins and peptides using bacterial, fungal and mammalian cell lines. Over the years, his team has developed technology for statins, immunosuppressants, recombinant proteins, insulins and monoclonal antibodies. Anuj has helped build high quality infrastructure for development labs and has mentored and groomed several of his team members to lead various R&D teams.

During the last two decades, he has worked in various roles, spanning from a bench scientist to a functional head and as a project manager spanning multiple programs. He has led teams across the value chain of Research and Development from early development to regulatory approvals.

Anuj holds a PhD in Biotechnology from the University of Pune and has over 15 publications and patents to his credit.